T is for Talleyrand toasting Miss Truth,
By the side of her well, in a glass of vermouth,
And presenting Mark Twain as the friend of his youth. 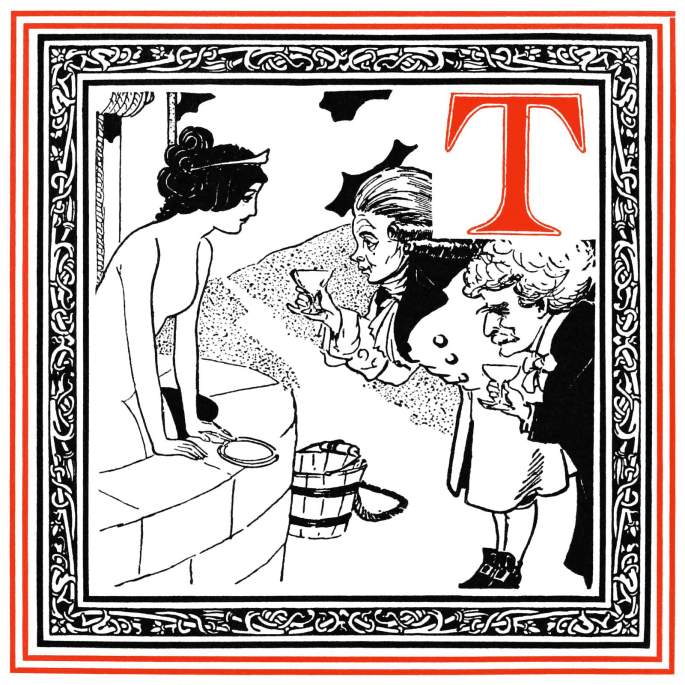 ‘T’ depicts Truth as a woman coming out of a well and greeted by two men (the French diplomat Charles Maurice Talleyrand and the American writer Mark Twain). Both men bow to her with glasses in their hands.

From An Alphabet of Celebrities by Oliver Herford (1899).